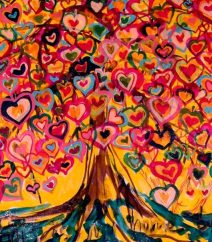 Because children interpret events with their emotions, it is important to protect your child’s heart. Many of the people I work with have been wounded by parents who have not been protective of this treasure. Some of their parents have been wounded themselves and have done the best they could. However, their own woundedness has driven them to make decisions that are harmful to their children. The following story was written by a 26 year old that I work with and is being shared with permission. It describes the events of a day that turned her life upside down. (All names have been changed.)

“That day. I will never forget it. It’s etched in my mind, clear as yesterday. It’s like a slow motion scene playing against the backdrop of melancholy violins. My world changed forever. The foundation broke beneath my feet into a million pieces. I was sinking, but there was no one to pull me out. I can see that little girl on that fateful day in my mind’s eye. She stands still, frozen as the unimaginable scene unfolds before her eyes; it seems unreal, like she is watching some twisted movie.

“This can’t really be happening,” I thought to myself. I had just returned from playing video games and eating chips and salsa with my brothers. My big brother, Charles, whom I loved and admired so much, had just given Richard and me the time of our lives at El Azteca. I remember on that sunny Saturday afternoon how happy I was to feel so loved as I played packman with my brothers at the local Mexican Restaurant.  In that blissful moment, I had no idea that Charles was shielding us from the hell that was unleashing at home. I had no idea that in a matter of hours, minutes, life as I knew it would change forever.

When we pulled up to the house, immediately, I knew something was going on. My dad’s car sat in the driveway with clothes piled high in the back seat. The car door was open. The front door of the house was open. My dad walked out of the house, still in his work clothes from the day before…only the front of his white collared dress shirt was unbuttoned, exposing his undershirt.  He carried a box in his hands. He didn’t look at us. He walked towards his car, and then I saw his back. His shirt was torn. He had scratch marks, and he was bleeding.  Confused, I stood there, not knowing how to make sense of what I was witnessing.

Charles put his hands on mine and Richard’s shoulders like protective wings. The fight must have drug out longer than he had expected. He must have brought us back too early, and now he was trying to figure out what to do. He led us inside, perhaps hoping that the worst was over. I was confused when I walked in by what I saw- objects overturned, broken glass, wax, presumably from a lit candle that had been thrown, plastered in dripping runs on the wall. WHAT WAS HAPPENING!? I didn’t understand. I heard my mom yelling. I can’t remember what she said, but I knew it wasn’t good. Every time my dad made his way up to the stairs to get another load, more screaming…I think I heard “GET OUT!”

I don’t remember how long this went on…time didn’t exist in that moment. But, I do remember, that whenever my dad would come down the stairs, he would offer Richard and me this sad look…of regret?  We stood still, absorbing this surreal reality. Once the car was packed, my dad made his way over to Richard and I as we stood in the dining room. He was lost for words, trying to explain to us what was happening with pain in his eyes.  My mother made her way over. She was furious, high on adrenalin, and impatient with my dad’s stammering. She butted in and, with vengeance in her tone, blurted out, “Your father slept with another woman last night in a hotel!”  Time froze.

I immediately looked at Richard who is two years younger than I.  He stared in shock.  Although, at his age, he could not comprehend the full extent of what my mother was saying.  However, at 11, I could.  “You have something blue on your lip,” I commented to Richard about the residual stains of the blue gumball he had chewed at the Mexican restaurant. “I don’t care,” he said, not breaking eye-contact with my parents. The details of what happened after this world shattering news are a blur to me.  At some point, it was explained to me that my dad was leaving to live somewhere else. I ran to grab a recent art project I had made at school, and I gave it to my dad to remember me by.  It was a box cut-out of a magical, beautiful world of flowers, rolling hills, and a majestic sunset, like the sunset I had watched with my parents set over the Gulf of Mexico just a few short months earlier on our first beach vacation. That time seemed like a different life now. My whole world was turned upside down in a matter of moments. I didn’t know if I would ever see my dad again.”

This young person’s self image has been wounded by the events of her life. The power of the Holy Spirit is enabling her to heal and recover. **We appreciate so much the prayers and support you give staff and to all the people with whom we work. Nancy currently is meeting with about 15 people on a regular basis, all of whom have been wounded by people who loved them. Our prayer is not only that their hearts will be restored but that all parents with young children will learn how to protect their children’s hearts.

**Please consider making a regular part of your prayer life, praying for the individuals who participate in our Restoring Your Heart Groups but the individuals many of our staff and restorative staff meet with regularly.

Other blogs relating to this subject:

Hide and Seek: Where did I hide my emotions

The Philosophy of Pain by Nancy Higgins

[edited by our communications team]