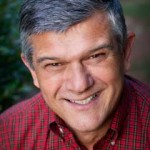 Sometimes God’s designs and ways are cloaked with mystery. (Proverbs 25:2)  But other times His works and miracles are simply overlooked or misinterpreted due to selfish preoccupation, faulty presuppositions, or crass disobedience.  In Galatians 4:4, the Scriptures declare that “in the fullness of time, God sent His Son to redeem us”.  The “fullness” mentioned in this passage was the fulfillment of an Old Testament prophecy that provided insight into the time of Messiah’s appearance.

Calculating forward from Daniel 9:24-27 and Nehemiah 2, the first century Jewish leaders had good reason to believe that The Advent was upon them.  Even the location was public knowledge.  (Matt. 2:1-6)  But a misplaced concern for Jewish nationalism (and ensuing political power-mongering) blinded them to the larger Kingdom agenda set forth by God. This, in turn, led to an inability to perceive “the fullness of the times”.  Isaiah prophetically warned of this condition, and Jesus testified to the outworking effects. (Isaiah 6:9-10; Matt. 16:1-2)

Instead of waiting in expectant faith, the rabbinical leaders become despondent due to the loss of their national sovereignty.  One tradition reports that in response to the taxation census of Caesar Augustus mentioned in Luke 2:1, they sat by the roads outside Jerusalem mourning yet another evidence of Roman rule.  Instead of prompting repentance, this event fostered their questioning the goodness and sovereignty of God, and the immutability of His Word.  They reportedly shouted,  “The scepter has departed from Judah, and Shiloh (Messiah) has not come!”  (cf, Gen. 49:10)

Ironically, as they tore their robes and tossed dust over their heads, a young couple, wearied from their journey from Nazareth, passed by on the way to Bethlehem to register for the same census.  The woman was riding on a donkey and expecting a Baby who was the fulfillment of the times and all hopes.  But they didn’t recognize Him or the signs of His coming.  Their agenda was too earthbound to see or participate in the heavenly visitation.

This makes me wonder what I’m missing.  Too often, I’m troubled by the loss of personal privilege, or angry when reminded that I don’t retain any real control over life’s issues.  In response, I grumble inwardly, questioning the goodness of God and His wisdom.  (I grumble in silence because I’m too proud to allow my colleagues to actually hear me complain and question my maturity.)

As a leader in the contemporary church, I’m too often preoccupied with matters other than discipleship and the care-of-souls.  Externals matter more than internals.  I pay lip-service to Christlikeness evidenced by sacrificial love, but do I actually practice it?  (This is beginning to sound and feel a lot like those other religious leaders who missed the First Advent.  Might I be unprepared for His Second Coming in the same way, and for the same reasons, they missed His First?)

I remember Jesus pointing out that wisdom is a prerequisite for being prepared for His Second Coming.  He warned that there were two sets of maidens who were anticipating the arrival of The Bridegroom.  (Matt. 25: 1-13)  But only one group retained wisdom.  The second suffered for their lack of preparation.  It’s interesting that at the conclusion of The Sermon on the Mount, Jesus advised that the man who hears His words and “puts them into practice” (emphasis mine) is considered wise, able to withstand the storms of life.  (Matt. 7: 24-29)

Putting truth into practice seems to be a necessary requisite as we prepare for His Second Advent.  When “The Final Storm” comes, only the man with a heart of wisdom will be adequately prepared, and his house will stand in that deluge.  (cf. II Pet. 3: 3-14)  I wonder if this isn’t what Jesus intended when He urged His disciples before His Ascension to “go into all the world and make disciples…  and teach them to put into practice, (emphasis again mine) everything I commanded you”?

Often Christian leaders emphasize the first portion of The Great Commission, but there doesn’t seem to be the same emphasis on the latter portion: teaching disciples to “put truth into practice.”  This raises a question: When we emphasize one part of Scripture to the neglect of other parts, aren’t we in danger of falling into the same error of the first century Jewish elders who missed His First Coming?

Oh that God might raise up modern day “Sons of Issachar” with the ability to understand the times in which we live.  (I Chron. 12:32) Will you join me in praying that God will open our eyes and help us see opportunities to put His truth into practice, thus enabling us to see clearly?  Blessed Advent Season! 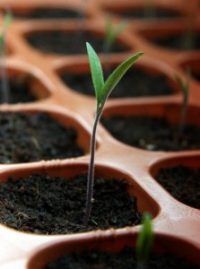 It’s difficult to do an honest reading of the gospels and not come to the conclusion that discipleship is one of Jesus’ primary concerns and focuses.  However the difficulty comes when we ask the question, “Who actually makes disciples, us or God?”

One could easily point to the great commission in Matt. 28:19 and proclaim that its obviously Jesus’ intention that his followers “go into all the world and make disciples”.  But in the same way, you could also point to the previous verse and note that the power and authority to accomplish this task belongs solely to Jesus Christ.

But this doesn’t mean that we have no part in the making of the disciples, the answer is that making disciples is a mysterious process that involves things that we do, and can measure, and things that God does, which we can’t begin to understand.  It’s a beautiful mystery.

Jesus gives us a picture of this in Mark 4 as he tells the parable of the seed growing:

And he said, “The kingdom of God is as if a man should scatter seed on the ground.  He sleeps and rises night and day, and the seed sprouts and grows; he knows not how.  The earth produces by itself, first the blade, then the ear, then the full grain in the ear.  But when the grain is ripe, at once he puts in the sickle, because the harvest has come.”

In that passage it seems like Jesus references a natural organic growth process that is progressive:  first the blade, then the ear, then the full grain, then the harvest when the grain is ripe.  But in the exact same parable he says, “the seed sprouts and grows; he knows not how”.

I love that.  And what’s more, the man goes out and plants the seed, he’s doing actual work.  It wouldn’t be outlandish to assume that if this man was a farmer then he would use techniques that he had learned that would help the seed grow, such as watering the seed, making sure it had sunlight, planting it in season, etc.  But I love how Jesus notes that he works for a while and then goes to sleep and doesn’t do anything, but all the while God is working.  That gives me great comfort because apparently God will cause his children to grow even if we are asleep on the job:)

We plant the seed of the gospel, and we can expect to see growth and have an eye on the process and what to expect, but ultimately it’s the power of God’s spirit working inside the seed that causes the growth in a way that is utterly mysterious.  This is a tension that we’d all do well to remain in.  We work, but we count on God to work in people’s lives in a way that we can’t begin to predict or understand.

At WDA, we’ve done a lot of thinking about what this process looks like.  Take a look at what we’ve learned from studying Jesus’ method of making disciples, and spend some time thinking about the process of discipleship and how to be a careful farmer and tender of the souls that God has given you charge of.

But don’t lose sight of the truth that ultimately it is the rain and sunshine of God’s graciousness and power that bring growth and change in people’s lives.  This thought should both reassure and humble us at the same time.

So in closing… Remember: 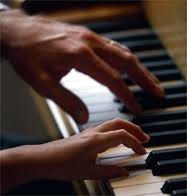 Why Your Church Doesn’t Need an Arts Ministry  –

(this article first published at atlantaartsnetwork.com)

Some Churches start out to have an Arts Ministry hoping that there will be a influx of new creative people; maybe they hope to keep on the cutting edge of church planting. With goals that center around building a program or ministry they forget that Jesus’ kingdom was about bringing restoration to a broken world. Your church doesn’t need an Arts Ministry, your church needs to fulfill the call of Christ to make followers of Jesus who learn how to live like Jesus lived!

Artists, like all people benefit from being part of a healthy church that keeps the central priorities of Christ as the focal part of life and ministry.

The first priority that Jesus calls us to is found in Matthew 28:19: Go and make disciples.
The second priority is to teach them all that Christ commanded.

Sitting in-between these two commands is the context. Jesus tells us to bring new followers into community, symbolized by the command to baptize, where we become one with Christ and part of His body the church.

I think of the best way to minister to artists or creatives is by inviting them into relationship with others. Once artists are part of the church, they, among other followers of Christ, can grow to maturity. As people grow as young believers toward maturity, they have the opportunity to learn how their particular life and calling is guided by Jesus. They will be encouraged and challenged to do their work to the glory of God and find other artists and creative people that share their passion and love for the arts. They will also develop relationships with others who may become a “friend” of the arts who do not share a similar calling but love and support their work.

This community becomes a mosaic where people grow together to fulfill the purposes of God. Jesus will use his people to share the gospel and help see people become disciples who grow to maturity. Artists and others in the same body support one another as they fulfill the great commission. Each learning where they fit together in Christ’s kingdom.

So how does a church help people grow to maturity? You might want to read, What Jesus Did/ What We Can Do, by Worldwide Discipleship Association and look at how Jesus helped his disciples grow. WDA has more resources that look more deeply into the process of Christian growth. We also have staff who provide consulting for your leadership team who may want to design and build a strategy for discipleship for your church.