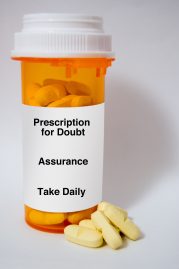 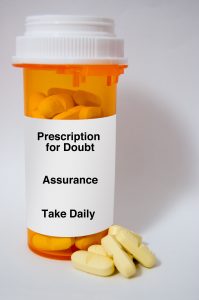 I heard about a man who wanted to travel by ship from America to Europe, but could scrape together only enough money for a ticket, thus having no money to purchase food at the ship’s restaurant. So, he packed his own cheese and crackers, avoiding the restaurant, where people feasted daily on the most delicious foods.

Days later, as the crackers went stale and the cheese was probably beginning to mold, a fellow passenger pulled the wretched man aside and inquired, ‘’I noticed that you never dine with us in the cafeteria. Would you mind telling me why?’’ He confessed his inability to pay for anything except for the ticket, to which his new acquaintance replied, ‘’But didn’t you understand? The food came with the ticket!’’(1)

Tragically, many Christians are just like this man. They never grew enough spiritually to understand all that came with their ticket to heaven. Existing on spiritual cheese and crackers, they miss the spiritual feast that God says comes with salvation. Today let’s begin to look at a few items in the feast, and the doubts that keep some from enjoying that feast.

As a “new creation,” we have a fresh, new relationship with God and the desire to pursue that relationship.

Salvation isn’t just about life after death. We possess eternal life here and now, along with its many benefits. Here are just a few:

Forgiveness. Some Christians continue to go to bed at night, racked with guilt for their past behavior. Yet, from God’s perspective, those sins are gone, taken away as far as the East is from the West, flung into the deepest sea. We no longer have to be shackled by guilt! As concentration camp survivor Corrie ten Boom put it, “When we confess our sins, God casts them into the deepest ocean, gone forever. And even though I cannot find a Scripture for it, I believe God then places a sign out there that says, NO FISHING ALLOWED.”(2)

In Him we have redemption through His blood, the forgiveness of sins, in accordance with the riches of God’s grace…. (Ephesians 1:7)

A New Creation. Some people think, “I’ve made such a mess of my life that it would be better if I started over from scratch.” That’s why God did more than simply help us rehabilitate our old lives. He started off fresh, giving us a new birth into His family. As a “new creation,” we have a fresh, new relationship with God and the desire to pursue that relationship.

Therefore, if anyone is in Christ, the new creation has come: The old has gone, the new is here! (II Corinthians 5:17)

The Holy Spirit. God didn’t save us and then leave us to live the rest of our lives in our own power. At our salvation, His Spirit comes to live inside of us, offering us the power and guidance we need to live successful Christian lives. As we all find out, the Christian life isn’t hard, it’s impossible! That is, it’s impossible to live in our own power. Successful Christians learn to lean on His Spirit to empower them to live the Christian life.

Repent and be baptized, every one of you, in the name of Jesus Christ for the forgiveness of your sins. And you will receive the gift of the Holy Spirit. (Acts 2:38)

Years ago, I read an interview with an incredible football player. He was a record- setting, professional superstar—the type hero that fans are tempted to worship. But while this quick and powerful running back was confident on the playing field, he wasn’t so confident about a bigger issue. One day, an interviewer asked him what he feared—an interesting question for a player so intimidating that his opponents feared him. But his answer was revealing. What did he fear? In his own words, “Dying and going to hell. But I hope I don’t, because I’ve been a good person.”

This man had risen to the top of his profession, but couldn’t find abiding peace because he didn’t know for certain where he was headed for eternity. Many people don’t even think it’s possible to know their eternal destiny. Yet, the Scriptures make it clear:

To know, not to merely hope or think probable, God wants us to have a confidence and peace about our final destiny. We should be looking forward to spending eternity with Him in our heavenly home!

God promises in His Word that we will:

Escape God’s wrath. Since God is a just God, the penalty for sin must be paid. Yet, because of God’s grace, Jesus took God’s entire wrath for sin upon Himself.

Since we have now been justified by His blood, how much more shall we be saved from God’s wrath through Him! (Romans 5:9)

Be resurrected at Christ’s second coming. Both deceased believers and the ones alive at His coming will be transformed, receiving new, glorified bodies. The more aches and pains my earthly body gets, the more I get excited about my new heavenly model!

Have eternal life. All believers are promised to be with Jesus forever! We don’t have to wait to see if we get eternal life. We possess it now!

For God so loved the world that He gave His one and only Son, that whoever believes in Him shall not perish but have eternal life. (John 3:16)

If God promised that we will escape His wrath, receive a new heavenly body and live with Him forever, then why do some Christians struggle with doubts? Even if you don’t personally struggle with doubt, you will run across others who do. Let’s deal with some common causes of doubt.

In the previous Pocket PrincipleTM we answered two sources of doubt. 1)“I’m not sure that I understood everything when I first accepted Christ.” 2)“Sometimes I don’t feel saved.” Do you remember how we dealt with these? Here are some more.

1. “It’s hard to believe God could forgive my past.”

Listen to the testimony of this great sinner:

…I was once a blasphemer and a persecutor and a violent man…. Here is a trustworthy saying that deserves full acceptance: Christ Jesus came into the world to save sinners— of whom I am the worst. But for that very reason I was shown mercy so that in me, the worst of sinners, Christ Jesus might display his unlimited patience as an example for those who would believe on him and receive eternal life.

Do you know who wrote that? It was the Apostle Paul in I Timothy 1:13-16, the man who God used to write most of the books of the New Testament. Do you know what he was like before he became a Christian? He rejected Jesus as the Messiah. He was such a violent man and so furiously enraged at Christians that he persecuted the church, imprisoning Christians and having them beaten and killed (I Timothy 1:13; Acts 7:58, 8:1, 9:1,2,4,5, 22:4,5,7,19,20, 26:9-11). But Paul wants you to know that if God can still have mercy on him, then nobody is too bad for God to save. No matter what you’ve done, remember—

There’s no sin in your past that’s so bad that God can’t take out the stain and leave you as clean as fresh snow.

2. “To be perfectly honest, I’m not very serious about this God stuff.”

Although Harry prayed to receive Jesus at a high school retreat and presently goes to church a couple of times a month, he really doesn’t give much thought to God in his day to day living. He doesn’t read his Bible to find out how to run his business, raise his children or treat his wife. In fact, his life is really no different from the non-Christians he works with every day. Although he has doubts about his salvation, he’s banking on that high school decision at a retreat to get him into heaven.

Harry needs to read some verses that comfort the disturbed, but disturb the comforted. Harry needs to be disturbed. Do you remember the verse we mentioned earlier in this study?

Real Christians show evidence of their salvation by their…

We know that we have come to know Him if we obey His commands. The man who says, “I know Him,” but does not do what He commands is a liar, and the truth is not in him.

Everyone who believes that Jesus is the Christ is born of God, and everyone who loves the Father loves His child as well.

Everyone who believes that Jesus is the Christ is born of God, and everyone who loves the Father loves His child as well. This is how we know that we love the children of God: by loving God and carrying out His commands.

We know that we have passed from death to life, because we love each other. Anyone who does not love remains in death. Anyone who hates a brother or sister is a murderer, and you know that no murderer has eternal life residing in him.

Some of us sensitive types may look at this list and get discouraged. After all, none of us live out faith, love and obedience 100% of the time. Does this mean we’re not Christians? No! When John wrote the book of I John, he often used a tense that in the original Greek indicates a habitual lifestyle. I John 1:8 clarifies that we’re not speaking of perfection.

Some people get so sensitive that when they miss a personal time with God they question whether they are saved or not. But just the fact that you are trying to meet with God, and feel bad when you don’t, shows that the Spirit is working in your life.

When we accepted Christ, a big about face occurred in our lives. Instead of making all decisions centered on “me, me, me,” we’re starting to think about loving others and living for God.

According to I John, my assurance is based, not on how emotional I got at a religious service, but on the general direction of my heart and life, here and now.

If we claim to be without sin, we deceive ourselves and the truth is not in us.

Caution! Although our lifestyle gives evidence of our salvation, it isn’t what causes or keeps our salvation. Our salvation is by grace through faith, not something we earn (Ephesians 2:8,9).

I’ve got good news for you! First, you don’t have to wait to see if you get eternal life with God after you die. You already have eternal life.

Our salvation is dependent, not on our ability to hold onto it, but on God’s commitment and ability to keep us.

Think about it. If you could lose your eternal life, then it was never eternal in the first place! You already possess the eternal life that you’re afraid you might not get!

Second, God promises that He’ll keep you. Our salvation is dependent, not on our ability to hold onto it, but on God’s commitment and ability to keep us. Jesus said,

These verses paint a vivid picture of us securely held in Jesus’ and God’s hands. Don’t let that picture leave your mind. We’re not dangling from God’s fingers, holding on desperately for fear that we’ll fall away from Him. His all-powerful hand holds us so firmly in its grasp that nothing can snatch us away. Our salvation is as secure as the power of God to hold and keep us!