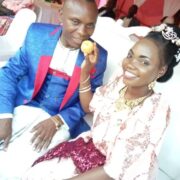 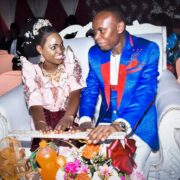 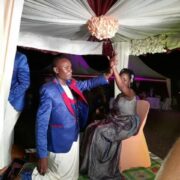 Kwanjula! That is the name of the traditional Ugandan Introduction Ceremony where the future bride introduces her future husband to her family and he brings the gifts for her family. On Jeremiah’s list of things to bring were 4 cows and 5 goats.

Jeremiah had had a hard 2 years after his wife Regina died after giving birth to their 4th child in April of 2020. This past March 19th marked a new beginning with the Introduction Ceremony. The women were each in their traditional Ugandan dress, called a Gomezi with peaked sleeves and a long center-front sash. Jeremiah and his attendants were wearing striking blue jackets over their white traditional Kanzu robes.

Jeremiah looks forward to sharing life and ministry with Jesca Nanteza.  His children love her and the older three made a special request to be present at the Kwanjula…how could he refuse?

July 2nd is the wedding. I am honored to represent WDA on this wonderful day and will share that at a later date.