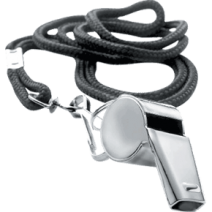 “When I return to my hometown I often meet someone who says, “I’ll never forget your dad.  He taught me to play baseball.”  My father coached in the recreation league for nearly twenty years.  Several of his players played professionally, including two of my brothers.  (Watching one of them pitch a scoreless inning in the World Series is still one of the highlights of my life.)  Ironically, “Pap” was never a star himself.  Most of his short career was spent in the minor leagues during the Depression, struggling to find a place in the starting rotation.  But he loved the game.  He died several years ago but his legacy lives on, immortalized by a small plaque at one of the city parks and through the lives of countless boys who played on one of his teams.”

“He coached at a time when some fathers were unavailable, so he became a surrogate dad to my friends, instilling skills on the field and discipline in the dugout.  But there was something else.  After the games the team would sometimes show up at our house for a meal.  He would move from player to player replaying the game as he rubbed heads and offered words of encouragement.  My father never achieved what many would call success, working hard all his life with few tangible results.  But when I bump into one of his former players, I’m amazed at the impact of his life.”

“Nearly everyone I know has had a similar experience.  For some it was a teacher who influenced their lives, others followed the lead of a drama coach, for some a music instructor or close relative helped to shape their formative years.  Many young people had a coach similar to my dad, someone who taught them more than game strategies and mechanics.  These people who influence and strategically shape the lives of others can be called Life Coaches.  The most successful instill more than training and discipline, they impart their very lives to others.  Of course, the best Life Coach of all is a caring parent.  Moses admonished the parents of Israel to teach the laws of God to their children as they went about the routines of life.  It was in the course of ordinary activities that lives were changed.”

“It’s uncertain exactly how the term “Life Coach” became part of the popular vernacular, but the concept describes a person who is able to provide guidance, insight, and experience to others who are striving to succeed at various endeavors.  Used in the business world it refers to someone able to help others become profitable in commercial ventures.  In athletics, it’s a person who prescribes workout routines to maximize physical strength and prowess.  Used in a more general sense, it means anyone skilled at helping others remain focused and goal-driven.  Sometimes a Life Coach can be someone the ‘disciple’ has never actually met face-to-face.  In these cases, the insights are gleaned from books and tapes or by attending conferences.”

“But [the WDA Life Coaching Manual] is about a different kind of Life Coach.  It’s about Christian leaders who are willing to invest their knowledge and experience and even their very lives so that others might deepen their spirituality and relationship with God.  A spiritual Life Coach is a person who, in the midst of a caring relationship, imparts truth that changes the life (conduct/character) of another, gradually helping the disciple become more like Jesus Christ.  In WDA, we often use the phrase, ‘meeting people where they are and helping them take the next step®’ to describe the life-coaching process.  Those who are helped may not fully realize it until later, but they’re forever impacted by the life and example of these leaders.  It was Jesus who said ‘but everyone [disciple], after he has been fully trained, will be like his teacher.'(NAS)  Used in this way, there’s another term that can be substituted for ‘Life Coaching,’ ‘disciple building.'”

How have people invested in your life?  Take some time to write a comment and share the ways God has used people to impact you.

Consider picking up a copy of Life Coaching! Coming Soon at the WDA Store!

Coming up Next: Spiritual Life Coaching