Imagine that Dave and Rhonda met at a fraternity party at the University of Georgia. Mutual friends had been telling them they should meet, since they had so much in common—a love for sports, highly competitive, and both preparing to teach middle school. Their first glimpse of each other was through a volleyball net in a “friendly” game in the front yard of the frat house. It was anything but love at first sight. Towards the end of the game, with the score tied and adrenaline pumping through their veins, both jumped up for a ball and Rhonda spiked it into Dave’s face, thoroughly humiliating him. On the next point, he returned the favor with a blistering serve that almost sprained her wrists. Their friends had to break up the fight!

But later that evening, trading stories of high school sports and their shared passion to make middle school more to 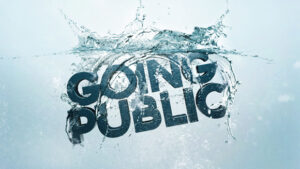 lerable for students, they had to admit that they had a lot in common. Within months, they had fallen in love. During their senior year, after a meal at a romantic restaurant, Dave popped the question: “Rhonda, I don’t want to see anyone else but you. Will you be my wife?” Rhonda had been half-expecting the proposal, but was still overcome with emotion.

“Of course!” was all she could say. “When should we have the wedding?”After an awkward silence, Dave said, “You know that I’ve never been a very traditional person. Why should we spend the time and money for a formal ceremony, when we already know that we’re committed in our hearts for life? Besides, you know that I’m scared to death to say anything in front of a group of people. I don’t know if I could handle all those vows and the ‘I do’s.’”

If you were Rhonda, how would you answer Dave?

A wedding is a public announcement of a private decision. It tells the world, “We’re taking ourselves out of the dating pool. We’re taking the plunge. We’re committing our lives to each other.”

Similar to Dave and Rhonda’s relationship, you may have started your relationship with God on bad terms. Perhaps you resented someone wanting to intrude on your life. But eventually, after some mutual friends helped you to understand His love and trustworthiness, you realized that you were more than ready to trade in your old master (yourself and sin) for a more worthy Master. As a member of a 12-step group said, “When I turned my life over to God, I took my life out of the hands of an idiot!”

Yet, contrary to much popular opinion, a relationship with God isn’t just a private matter. If we’re serious about Him, we need to go public with our decision. New Testament believers went public through baptism. In this session, we’ll study both the importance and meaning of baptism.

Someone might object, “What if baptism is just one of those cultural things Jesus did, like wearing sandals and walking everywhere He went?” To make sure we didn’t get confused on this point, He baptized His followers and commanded that future followers be baptized.

After this, Jesus and his disciples went out into the Judean countryside, where He spent some time with them, and baptized. (John 3:22)

Therefore go and make disciples of all nations, baptizing them…. (Matthew 28:19)

The idea of cleansing is used in New Testament times as a picture of Christian baptism.

The book of Acts, our inspired record of the early church, gives the impression that an unbaptized believer was unheard of.

Those who accepted his message were baptized…. (Acts 2:41, cross reference 8:12)

You may ask, “But do some churches dunk and some sprinkle? Which is right?” Throughout church history, different traditions have been followed concerning the mode of baptism. Talk to your church leaders about why they baptize in the way that they do. Our goal in this study is simply to understand the meaning and importance of baptism.

Like a wedding ring, baptism is symbolic. The Bible gives us three pictures of what baptism means.

Picture #1. Cleansing From Sin. During Old Testament times, if a Jew became defiled by touching something that God had declared unclean (like a corpse), God’s law instructed him to be sprinkled with water that was connected with a sacrificed animal. This purified him from his uncleanness. (See, for example, Numbers 19.) Since Jesus sacrificed Himself for our sins, He fulfilled all the ceremonial law for us so that we no longer have to follow all those rules and regulations to be purified.

Yet, the idea of cleansing is used in New Testament times as a picture of Christian baptism. I John 1:9 says,

If we confess our sins, He is faithful and righteous to forgive us our sins and to cleanse us from all unrighteousness. (NASB)

“Cleanse” pictures washing away the “dirtiness” and “stains” of our sins, resulting in our forgiveness. But what happens when we continue to sin after our “purification” at salvation? John tells us,

But if we walk in the light, as He is in the light, we have fellowship with one another, and the blood of Jesus, His Son, purifies us from all sin. (I John 1:7)

In other words, since none of us can live perfect lives, God continues to cleanse us from sin through Jesus’ blood. We keep in fellowship with Him on a day-by- day and minute-by-minute basis by confessing (agreeing with God or admitting) our sins to Him. When you disobey God, simply confess to Him that you blew it. You don’t have to try to make it up to God or torture yourself. Jesus took all that punishment upon Himself so that we wouldn’t have to! Just confess it to God, receive His forgiveness, ask Him for the power to keep living for Him, and keep going.

Picture #2. Identification With Christ. A second picture of baptism is union with Christ, becoming one with Him. During the time of Christ, the word “baptism” was used to describe the process of dyeing fabric. Someone would dip (“baptize”) the fabric in the dye, allowing the fabric to absorb the dye. After the dipping, it was no longer possible to separate the fabric from the dye. They were “one.”

In the same way, when a Christian is baptized, it’s like being dipped into Christ and becoming united or one with Him. Because we are one with Christ, many things that are true of Christ become true of us. For example, we share in His death and resurrection. (See Romans 6:3-11.)

For all of you who were baptized into Christ have been clothed with Christ. (Galatians 3:27)

Picture #3. Identification With the Church. Enthusiastic fans of a college team will find some way to let others know. A true Georgia Tech fan will place his team’s bumper sticker on his car, identifying himself with his team. He is in no way embarrassed to be identified publicly with his team. Some fans show up at games with their bodies painted in the team colors!

In the book of Acts we find people publicly identifying themselves with Christ and His Church through baptism.

Those who accepted his message were baptized…. (Acts 2:41)

In some cultures that are hostile to Christianity, the people can often tolerate those who merely attend a Christian church, but when they get baptized, everyone knows that they’ve broken ties with their old religion to identify themselves with Christianity. Many are persecuted or even killed because of their baptism.

There’s no sin in your past that’s so bad that God can’t take out the stain and leave you as clean as fresh snow.

In some churches baptism is associated with joining a particular local church and serves to initiate a person into that church. In other churches, people are baptized who accept Christ whether or not they want to join that local church.

Some churches baptize infants, viewing baptism as an initiation into a community of believers committed to raise the child to know and follow Jesus. Most churches don’t see this as guaranteeing salvation. Each person must make his or her own decision to receive Jesus.

SHARING YOUR DECISION WITH FRIENDS AND FAMILY

Baptism is a public announcement of a private decision. Some may want to know more about how you made this decision, others may voice concerns, and some may even resist the idea of you trading your old life of serving self for a new life of following Christ. So the question arises, “What should you tell others about becoming a Christian?”

Since everyone is unique, we must all tell our own story of how we came to faith in Christ. But the following guidelines may help you frame your conversations in ways that will help others better understand.

Tell your story. When questions come up, tell others what made you aware that you needed Christ. Share the feelings, thoughts, and circumstances that convinced you of your need to follow Him. Remember, it’s your story. Keep it personal.

Keep it simple. The Gospel is part of your story. It’s the good news that you believed to be saved and it’s both clear and simple:

Christ died for sins (and everyone sins).
He rose from the dead.
He offers forgiveness and a relationship with Him.

As you learn more about the Gospel, you’ll be able to explain its message in more detail.

Avoid arguments. The Good News is that Christ died for everyone. But not everyone may be ready to make that decision. Some may have sincere questions about your new faith. Others may be uncomfortable with your decision for various reasons. It may put pressure on them to examine themselves. They may be hostile to Christianity or believe spiritual matters are private. Answer questions as best as you can, but avoid arguments. As you grow, your changed life will provide evidence that something is different about you.

If you are a believer in Christ but haven’t been baptized, make plans to participate in this meaningful event. If you haven’t found a church to attend, let your Christian friends recommend one and then talk to the church staff about baptism. Congratulations on identifying yourself with Jesus!