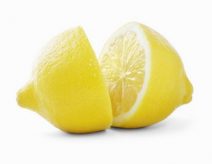 If you’ve been in an evangelical church on a Sunday morning in the last 10 years you may have noticed the backgrounds behind the lyrics on the screen. These are ultra-beautified scenes designed to stimulate people’s sense of beauty and pleasure… A dew-laden glen, sun streaming through trees, a child on a swing. They are photoshopped to the max. Today I saw one that amazed me. It depicted a sillouhetted Christ hauling a cross against the background of swirling white clouds and an impossibly blue sky. I laughed to myself. Leave it to Christians to turn a scene as morbid and dark as the crucifixion into something pretty and palatable!

In fact I think Christians have been in the business of cleaning up God’s mess for a long time.

Same thing with communion. We got rid of the wine in favor of Welch’s. But I rather like the bitter beauty of wine. I mean, it’s an acquired taste right? You need a certain level of exposure and romantic indoctrination to fall in love with a well-crafted wine or beer (though most of us would agree there is something innate to be discovered in the drink… we’re not just manipulating ourselves). But, as my father-in-law reminds me, it’s bitter stuff. And he’s right. It is bitter. And it’s gorgeous. Life can be like that. And I think that the place where God intersects our lives can be like that. Beautifully bitter. Gorgeously mundane. I mean, why would God command the Jews to eat bitter herbs on passover? Why would he want people to codify and commemorate within the very heart of their spiritual rhythms the bitterness of slavery?

Christians have gotten good at giving lip service to ugliness recently. “It’s hard but good.” “It’s been really challenging but I know God has a plan in all this.” But like the artistically framed picture of the passion, it only hints at a reality that’s tough to look at, tough to hear about. When I went to see the Passion of the Christ in college, the lady sitting in front of me said during the credits, “I paid 8 bucks for that?!” I think that’s how a lot of Christians feel when they find out that Christianity is not an opiate for the masses after all. Jesus told his guys: “In this world you’ll have troubles. But take heart, I’ve overcome the world” (Interesting he didn’t say, “I’ve overcome your troubles.”)

Maybe that’s why I swear. One, because swearing helps me talk to normal people and communicate that being Christian is different from being Ned Flanders. But more importantly, I feel that well-chosen profanities CAN give the linguistic gravity to talk about the ugliness all around us. And I WANT to have the language for ugliness because when we talk about ugliness with unapologetic honesty, it’s cathartic. AND we’re identifying with a God who talksabout ugliness throughout the bible and makes himself beautiful in the ugly and the everyday.

God is like Pablo Neruda. The Chilean poet had a knack for finding beauty in the little things. Things like a cat or a lemon. And the poetry is breathtaking. I mean…

Cutting the lemon
the knife
leaves a little cathedral:
alcoves unguessed by the eye
that open acidulous glass
to the light; topazes
riding the droplets,
altars,
aromatic facades.

If I were a poet I’d try to write about sunsets and mountaintops, but Neruda seems to see God himself in the lemon. I guess what I’m saying is that God himself sees himself in the lemon… in bitter herbs and bitter wine, in life’s disheartening ironies, in our unthinking exhausted moments when we can’t even bring ourselves to care. In the ugly and the plain and the bitter, there’s God like a kid with finger paints… making art; a strange kind of upside-down image we need a new framework, a maturity of thought in order to decode, to reveal the altars, the aromatic facades, the beauty.